Yun was born and raised in China. Her time was split between the old family farm and Hainan Island off southern China coast. On the farm she was taught about the different uses of local flowers and herbs used in traditional Chinese medicine. Yun’s interest in healing continued in to her adulthood.

While in China Yun raised her family while working in the family business. With her family grown she could go back to school. Yun completed schooling in a verity of massage techniques to include: Reflexology, Hot Stone, Cupping, Deep Tissue, and Acupressure.

A few years later she came to the United States. Upon arrival she attended massage school to learn western techniques and protocol. Yun’s goal is to see her clients healthy and living life to the fullest. Now, 10 years into Massage 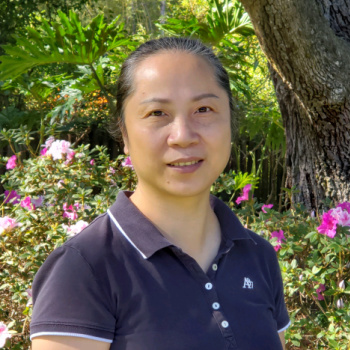 Cambridge Davis, raised in Gloucester, Massachusetts, moved to South Carolina in 2004 with her family. Cambridge is married to her loving husband and they have two dogs. She attended TCL in 2019 where she earned her Massage Therapy License with highest honors. Her favorite subject in school was Anatomy and Physiology and she knows the musculature structure of the human body very well. She has a background in childcare and loves children and taught preschool on Hilton Head Island for 8 years. The caring energy that Cambridge brings to every massage will allow any client to relax and enjoy the many gifts she has to offer. Cambridge enjoys deep tissue, specialty neck, upper body work, and foot massage. Cambridge’s highly honed technique in customer care massage allows the client to feel that their needs were met and consideration was taken to address the client health goals for the massage session. 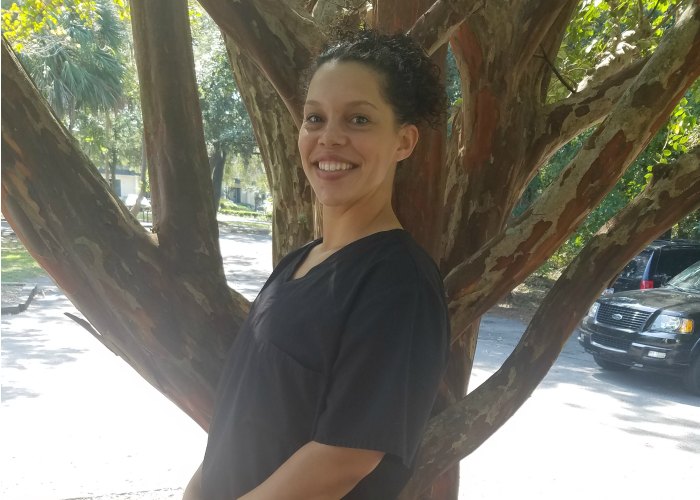